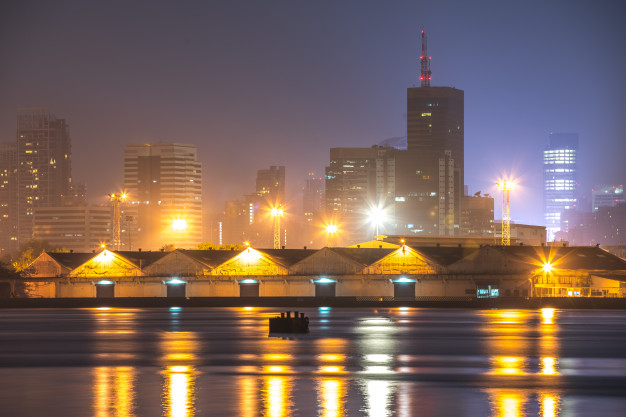 Is your commercial property at a greater flood risk than you think? If you’re relying solely on the Federal Emergency Management Agency (FEMA) flood maps, you may be at a significantly higher risk of flooding than FEMA predicts. One of the major concerns affecting flood risk is global warming. According to a recent article on flood risks in the New York Times, current FEMA flood maps do not factor intense rains into their flood estimations.

According to the Climate Reality Project, floods and droughts are some of our most dangerous weather risks. Floods cause more than $40 billion of damage around the world, and the US has been hard hit by flooding in recent years. With rising temperatures comes more intense rain events and worse storms, climate experts agree. The weather facts are grim. Urban infill and population growth have increased the resultant damage from flooding. Inland, non-tropical floods caused four separate one-billion-dollar flooding occurrences in 2016 alone.

Flood Factor shows a “vast increase of risk compared to official estimates,” according to the New York Times. Flood Factor reviewed areas where flood maps are “decades old” and areas FEMA has not yet mapped. While Flood Factor may “overestimate flood risk” in some areas including small cities, FEMA officials welcomed the efforts of the First Street Foundation, according to a FEMA spokesperson cited in the Times article.

National Flood Insurance Program – Any Port in a Storm

Should commercial real estate owners and managers to reevaluate their flood risk? Simply because your lender did not require flood insurance at the time of purchase doesn’t mean your property is not at significant risk of flooding. If your property is in a FEMA flood zone, your insurance agent or broker may work directly with the FEMA National Flood Insurance Program (NFIP) to quote your coverage.

Your insurance broker can obtain a quote from the NFIP. However, commercial insurance limits under this program may not be enough to protect your risk. Additionally, your lender may require full replacement cost coverage or coverage limits above the $500,000 building limit FEMA offers on commercial buildings. Contact us for more information on excess flood coverage.

National Flood Insurance coverage is a good place to start – that first port in a storm. However, NFIP coverage may be inadequate to protect your investment. $500,000 doesn’t go far when renovating a commercial building after a flood. Alternatives to NFIP let you buy first-dollar flood coverage from an insurer experienced in insuring commercial risks. While NFIP may require a flood elevation certificate, some private insurers forgo that step, saving you the expense of an elevation survey.

You can find your FEMA flood zone here. Remember, the 100-year flood zone means that each year your property has a 1% chance of flooding. Additionally, if you’re close to a river, stream, or pond, your risk will be greater than 1%.

Experts refer to this as a “bare minimum standard.” Don’t let that 1% chance deter you from investigating flood insurance.

The DIC policy can supply coverage if your property insurer isn’t willing to write flood coverage or the quoted premium is more than you want to pay. It can also offer coverage over your NFIP policy or other flood insurance.

DIC policies offer no “standard” DIC form, and most DIC policies are not reviewed by states’ departments of insurance. Coverage varies by insurer. The DIC is a flexible form and most insurers will work with you to provide the type and amount of coverage you require. For a definition of the DIC policy, visit this link.

Relying Solely on FEMA Flood Maps Can Be a Costly Mistake

While your lender may not require flood insurance, it’s always a good idea to obtain a flood insurance quote. The availability of coverage will dovetail with your location and rates vary according to flood probability.

With the increase in flooding in the US, more insurers are offering flood and DIC coverage for commercial risks. We’re happy to help you lower your insurance costs with a complimentary consultation. Contact us today for more information.